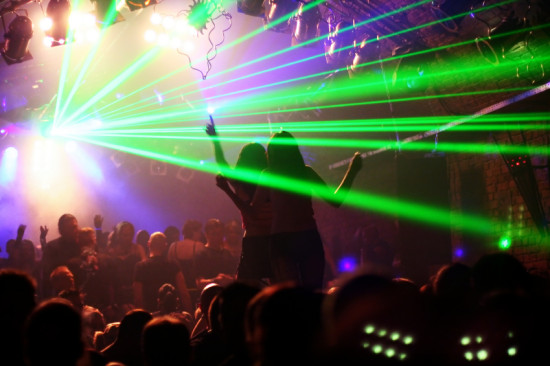 On Choosing my Campaign

As a young and seemingly inexperienced designer, I can confidently say that choosing one topic to commit to for an entire semester is one of the more anxiety-inducing decisions I have had to make thus far in my career.

After spending a couple of days flipping between ideas, I was feeling lost and defeated. The questions started racking up in my head. What if everyone else has a more interesting topic? What if I want to change my topic half way through? What if I simply run out of ideas? Positive that everyone else had a killer idea while I couldn’t find one that remotely excited me, I did the last thing anyone would recommend, and went on Facebook.

After completing my normal Facebook routine, I came across an article posted by a friend about the recent drug-related deaths at the Electric Zoo concert. The culprit was a mix of dehydration and the party drug, Molly. Perfect.

I wanted my campaign to be relevant to my peers, a generation obsessed with technology and social media. A generation that, like others before, loves to have fun and go to concerts and travel and experiment. But unlike generations before mine, drugs are constructed and manipulated in labs far away containing substances that most people cannot pronounce, let alone describe. After feeling stunted and uninspired by my other campaign ideas, I committed to an anti-drug campaign called Naked Drugs.

Before considering anything else, I thought about the audience I want my campaign to influence. As a member of the targeted generation, I know that a nagging “drugs are bad for you” campaign is a waste of time, and will be ignored and illicit eye-rolls. Instead of simply telling people that drugs are bad, I intend to show them. After spending a full weekend researching ingredients that drugs like Molly as well as Cocaine, Speed, and Marijuana are oftentimes cut with, I was horrified. Paint thinners in marijuana? Horse tranquilizers in Molly? Do people even know what they’re taking into their bodies?

My 2D campaign will focus on the real ingredients in drugs. I am picturing an extremely sterile surface with the most disturbing ingredients I can find, perfectly divided up as if in a science experiment. My 3D campaign will focus on connecting visual items with facts. For example, an ice cream scooper accompanied with a fact describing that memory loss from Molly is equivalent to an ice cream scoop taken out of your brain. This campaign will be different from other anti-drug campaigns because it is not a plea campaign. It is simply informing the public of what they are actually taking, with the hopes that they will make the wise decision to not ingest battery acid or meth, which are in their drugs.

To have a successful campaign, I think you need to choose a topic that both excites you and strikes a chord. While I am lucky in that I do not personally know anyone that has died from a drug overdose, I do know of a lot of people who have taken seemingly harmless drugs, “just one time,” and party drugs are certainly a mark of my generation. My own peers are exactly the audience that I hope my campaign would reach.

Design Is How Things Work
Cause Inform Launch